What started as I one visit RunCamp in September 2016 went on to 5 visits to the ambitios runners in UFA-skokk, Akureyri Iceland.

This story is a unique story about how one  Test visit from OptimizaR to Akureyri(Capital city of northern Iceland) went on to be a big success and have a big benefit and influence for the runners in UFA-skokk (running club) in Akureyri, Iceland.

In the summer of 2016 I contacted the coach of UFA-skokk Akureyri Sonja. I ask if they would be interested in a RunCamp for the club members.  She thought this was very interesting and the first OptimizaR RunCamp was set up in September 2016. The content of the RunCamp was a spirotest on a treadmill measuring VO2max and the RER (fat combustion). Afterwards OptimizaR explained theoretical the outcome and benefit of the Test analysis. This was combined with running activities to get a feeling of the Training zones. The Run Camp had the main goal to combine the understanding of the testing, outcome of the Test results and understanding the implementation of the training zones into there own and club training.

The response was very positive and every participant was very happy and satisfied with the Run Camp.

After the Run Camp there was a big interest for OptimizaR testing. Together with Coach Sonja, a follow up camp in marts 2017 was arranged. From 10 participants in September 2016 there where now interest with 23 participants in this follow up testsessions.

As the word spread around the interessed gained . Many of the Run Camp Runners  had benefited from the training advice OptimizaR with more follow-up tests to come:

Many of the runners have been tested 2-3 times.

UFA-skokk has a very Unique Trainingsconcept to offer for there members. They have three club trainingsessions pr. week. With three different training focus.

The great benefit from the testing, gave every runner there individuel trainingzones for each UFA trainingsession. Now everybody knew on what speed/ what heart rate they should train on in every UFA trainingssession. The implementation and the usefulness was fullfilled.

The runners in UFA-skokk are very special in the term of there great commitment to there training. Everybody is ambitios, curios and interested to here there results of the testing and how fast they should run in the individual trainingzones. Another thing characteristing is the high level of dedication the have want to improve there Physiological ability forward to a new follow up test. They just want to improve very hard.

The biggest issue in the outcome of the testing was that many of the runners had a weak ability on there fatcombution, say endurance.

Many of them wanted to try out a ½-maraton, marathon or ultra-trail run of more than 4 hours. The basics on performing in these distances is to have a high RER-1 ratio. The biggest difficultie was to change there trainingintensity on the long endurance runs. Many where skeptical of running at low speeds with much lower heart rate than they used to.

But for those who change there trainingsintensity on the endurance workouts, they got very good improvement and results, beating there personal records with many minutes, even on 10km runs.

In the back end of these testing sessions OptimizaR there where interest in indviduel trainingprograms.

My filosofi was to try to implementate the running sessions from UFA-skokk and letting the runners train alone. For me it is very important to socialize and commit the training to the UFA-skokk.

The runner on the the photo was very disapointet about her fat-combution and endurance in the test in august 2018. LIney got big improvement on the follow up test in mai 2019 and broke her personal best on a 10km run with 10minuts. The testresult showed a very better balance between fat combustion and rel. VO2max.

This story from UFA Skokk in Akureyri tells the benefit your running club can have to get a good training invirement and serious training using scientific tools to get improvement. 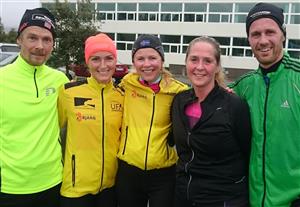 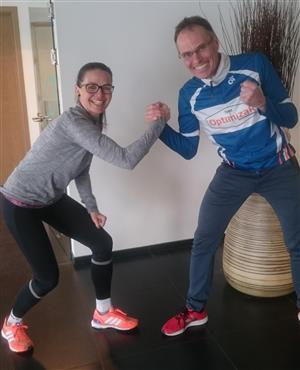 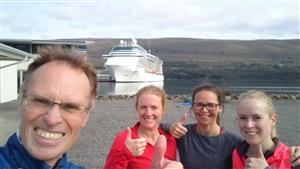 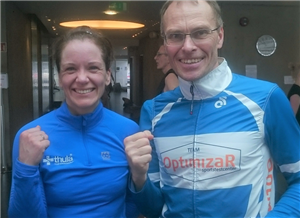 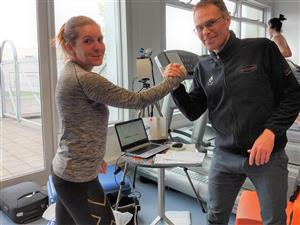